PROOF: All Trump Ever Needed to Know He Learned on 1950s TV 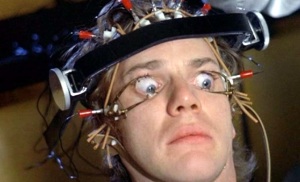 Everybody knows that Trump has a bit of a problem when it comes to separating media from reality. Is it possible that 1950s television commercials shaped his political platform? His attitude on life? Let’s explore:

DONALD TRUMP ON WOMEN IN THE WORKPLACE

“It must be a pretty picture. You dropping to your knees.” ~Donald Trump

“You know, it doesn’t really matter what [they] write as long as you’ve got a young and beautiful piece of ass.” ~Donald Trump

“Donald J. Trump is calling for a complete and total shutdown of Muslims entering the United States until our country’s representatives can figure out what the hell is going on.” ~Donald Trump

“Well, I’m never going to rule anything out.” ~Donald Trump

“I certainly stand by my opposition to Gun Control when it comes to taking guns from law-abiding citizens.” ~Donald Trump

MAYBE THIS EXPLAINS IT ALL:

“In life you have to rely on the past, and that’s called history.” ~Donald Trump