UPDATE: The Woman Fired in Florida for Being a Democrat 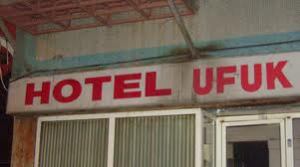 Earlier this week, with your help, we started a Twitter/Facebook/Blog campaign to express outrage over Marriott Worldwide Vacation’s decision to fire a long-term employee for being a Democrat. Here’s a refresher and a report on the latest developments.

Lester & Charlie got a call from Mark Felt this week and, predictably, he told us to “follow the money.” The money in question was a $1,000 campaign contribution from Marriott International to an incumbent Republican running for another term in the Osceola County Commission.

So we posted this:

Marriott fired a long-term employee, a Democrat, because she’s running for a seat on her local county commission. And it just so happens that Marriott supports her Republican opponent.

Let’s tell Marriott where we stand on punishment-for-politics. Here’s one way:

Sleazy hotels have had a role in political scandals for as long as anyone can remember. But, usually, they just host the scandals — not instigate them. One upscale hospitality chain did just that, though, and they ought to hear that we don’t like it. That citizens care about this.

The culprit: Marriott Worldwide Vacations. The victim: Viviana Janer, who worked for Marriott and campaigns in her spare time for a seat on the Osceola County (FL) Commission. And she hasn’t given up, even though she was terminated from her job at Marriott.

Let’s get down to brass tacks:

Cheers guest star and former Speaker of the House of Representatives, Tip O’Neil, famously mentioned that “all politics is local.” So let’s get local. Let’s start here. Let’s warn corporations that they can not control local politics by firing employees for getting involved in their own community. Isn’t it enough that they can buy and sell the ones that they like through Citizens United? Do they have to destroy hard-working people who want to improve their community, too?

Earlier this year, you guys helped us wage a hashtag campaign against Wells Fargo, a formidable corporation that decided to destroy a local business owner — just because they could. Within hours of the Twitter campaign, they contacted the victim and were begging us to call off the hashtags. Let’s see if we can do it again, folks! This might not be the biggest fish to fry, but… all politics is local. That’s where we start. Let’s tell them “enough.”

And then this happened:

The article got a lot of attention from outraged liberals, rational Americans and thousands of housebound people who spend their days joining hashtag campaigns on Twitter. People swore to stop staying at Marriott and some said they would give homeless people their Marriott Points so some homeless people could check in to a room for a free night.

Granted, it’s hard if not nearly impossible to tell the difference between the two companies since Marriott International used to own Marriott Vacations Worldwide and licensed their name to them so that people would think they’re still the same company and same trusted brand.

And it’s plausible that, because they want to keep that license, they were motivated to align with their former parent’s stated political goals — and therefore fire and defend daddy’s political opponent. After all, Mitt Romney sits on the board of the one they want to suck up to.

Yes, this is confusing. Marriott Vacations hid under their blanky during this Twitter battle but the former parent company jumped in and started pointing the finger at their former subsidiary. And at Lester & Charlie.

Where does it stand? Well, Mitt Romney’s cronies sent this to Lester & Charlie:

😵‍💫
😳 You have to love this part.
🍻 And, really, no one else wants to go.
💯 Not to bring any additional attention to the man in orange, but this is kind of funny.
“There is a cult of ignorance in the United States, and there has always been. The strain of anti-intellectualism has been a constant thread winding its way through our political and cultural life, nurtured by the false notion that democracy means that 'my ignorance is just as good as your knowledge.”
#repost • @inallitsforms