Well how’s that for a big, fat screw you? To quote one of favorite lines from the Aunt Betty Almanac: God hasn’t always been good to me, but She’s been a helluva lot more patient than Bank of America.

Of course, this has us asking: Since when do banks feel they can claim the moral high ground? None of this seems fair to the (presumably) hard-working people making (perfectly legal) pornography. If banks are worried about the “reputational risk” of dealing with money that Americans might consider filthy, why not close the accounts of the Koch brothers?

The big banks are going to have to swallow more than their pride to restore their image. But how can workers in the sex industry take back their good name? Is it possible that they just need better … public relations?

And that’s what makes it brilliant. Liberals have been struggling with ways to sell their platform to a FOX-News saturated American public. Why not use a little sex?

So let’s help them! There must be lots of awesome ways for the sex industry to secretly promote a liberal agenda to all those fans deeply ensconced in Red States. How do YOU think they can penetrate that demographic? 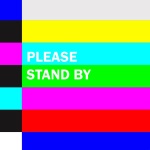 😳 You have to love this part.
🍻 And, really, no one else wants to go.
💯 Not to bring any additional attention to the man in orange, but this is kind of funny.
“There is a cult of ignorance in the United States, and there has always been. The strain of anti-intellectualism has been a constant thread winding its way through our political and cultural life, nurtured by the false notion that democracy means that 'my ignorance is just as good as your knowledge.”
#repost • @inallitsforms
🍻 Paul Lynde Marathon Pt 5!