The Commies Have Landed! 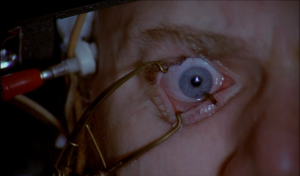 Stop the presses!!! Lester & Charlie just got a real scoop! Hold onto your tinfoil hats, people. According to Florida Republican Congressman Allen West, up to 80 House Democrats are active members of the Communist Party!

Although Rep. West, who was speaking at a Florida town hall, declined to “name names” — and despite his Democrat opponent Patrick Murphy asserting that West was only “trying to make headlines, get a rise out of people and get nothing done” — we can’t help but find ourselves flabbergasted. Really? Almost 50% of Democrats in the House are secret Communists? And still Obama can’t get hardly any of his legislation passed? Well, if this ain’t the most outrageous conspiracy of all time.

Surely Rep. West can’t be just making this up. We trust our elected officials have more integrity than that — even the ones from Florida. So now you know: of 190 House Democrats, 80 are communists. Wow. When’s the last time anyone double checked to make sure that “God” was still in the Pledge of Allegiance? What’s that you say? It’s still there? Oh thank the Flying Spaghetti Monster, we’re safe.

West continued and said that Obama is “too scared” to confront him on this issue man-to-man. We’re glad he cleared that up. We otherwise would have assumed that Obama was busy trying to rescue the world economy from complete collapse. Now we know better.

We trust you feel as strongly about all of this as we do. Which is why we’re asking you now: Assuming you’ve had a similar epiphany, what eye-opening statement from some Republican can YOU identify as the moment it became clear just how much the GOP cares about the truth?

And now, check out this week’s featured video:

"It is certain, in any case, that ignorance, allied with power, is the most ferocious enemy justice can have." ~James A. Baldwin.
• @muse1971 has good taste! h/t to @pkatwillobee
🤣 Fair comparison or just funny? Obviously it is fudging the truth about the extent of universal healthcare coverage, but it does make a point.
It's Paul Lynde time, kids!
Via @g4three
FINALLY figured out what memory the BezosCraft was stirring up. #1974 #FleshGordon !