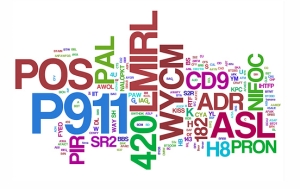 The ongoing protests on Wall Street that are now spreading around the country are coming under attack, from, of all people, the Tea Party. Just an angry mob! Not really grassroots! Too white!

Talk about the pot calling the kettle black. What’s next — will John Boehner call the sun too orange? Surely this is fueled by jealousy from a group whose media heyday seems to be over. But one criticism that has seems to have stuck says that the group, Occupy Wall Street, and their supporters don’t really know what they stand for. So we went down there for the march last Wednesday to check it out for ourselves.

Liberals are angry; that’s for sure. And while many of the protesters saw this as a march about jobs and against corporate greed and bailouts for businesses, others saw it as a chance to rally support for just about any other cause. Down with fracking! Stop all the wars! Israel is a bully! Don’t wear fur! Join the Socialists! End the Fed! (That last one had us scratching our heads.) Some of the organizers say that these multiple messages are part of the beauty of the movement: There’s lots that needs fixing. Others we spoke to wished that the movement would coalesce around a single progressive idea.

But it turns out that there are other things besides the growing protests that have people asking what they stand for. A recent 60 Minutes/Vanity Fair poll showed that a majority — both Democrats and Republicans — have no idea what the letters GOP are supposed to represent. 35% thought it was “Government of the People.” 3% said “God’s Own Party.” A whopping 7% chose “Grumpy Old People.” This has us wondering: Does no one know what anything stands for anymore? What do YOU think? We’ve assembled some acronyms and we want to know: What do YOU think they mean? Or SHOULD mean? We’ll publish the best answers next week!

Press Here To Take Our Survey!

Have a private comment that you wouldn’t mind seeing seeing broadcast to an international audience in the next Lester & Charlie Newsletter? Leave it here!

Before you leave, don’t forget to check out this week’s featured video!